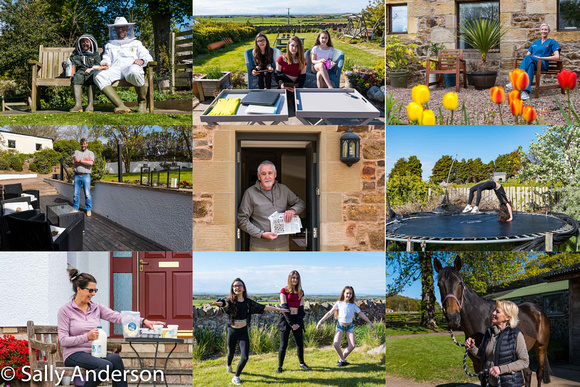 As lockdown in Scotland enters Phase 3 with things returning to whatever the ‘new normal’ will be, it is timely to write my next blog about the community I live in and show some of the portraits I have taken to document how people here have managed during what must be the strangest period for all of us. 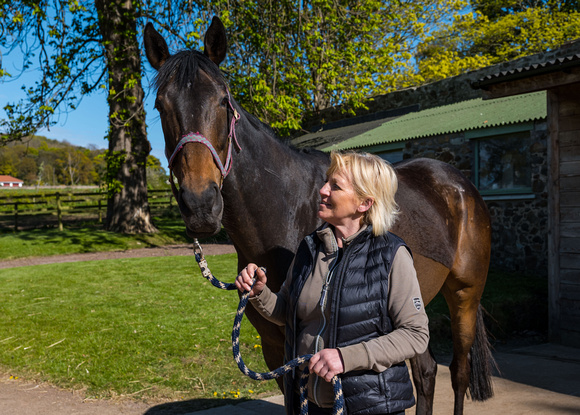 Lorna and one of her three horses, Colin. They have provided me with photo opportunities when out in the fields

I live in a rural East Lothian community. It is not a village and has no centre like most villages in the county, having grown from small holdings and converted farm steading buildings. It is spread out across fields. The numbering of the properties drives anyone trying to find a particular house mad, since no 7 of the holdings is nowhere near no 8. No 1 is about as far from no 2 as can be. The numbering of the steading sends frustrated Amazon delivery drivers circling round and round, lost in the maze. 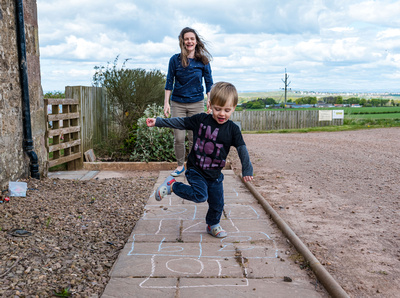 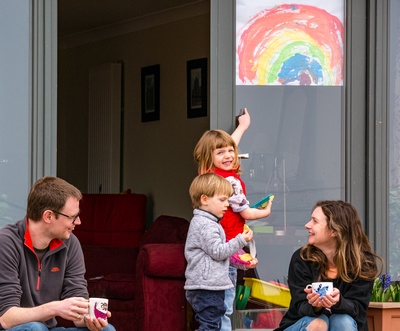 We moved here from Edinburgh 10 years ago. Having lived in cities all of my life it was a major change of lifestyle. However, despite knowing my nearest neighbours, I rarely came across others within the area. At the beginning of lockdown, a WhatsApp group was started and it has been a major benefit to us all, allowing us to share information and resources. 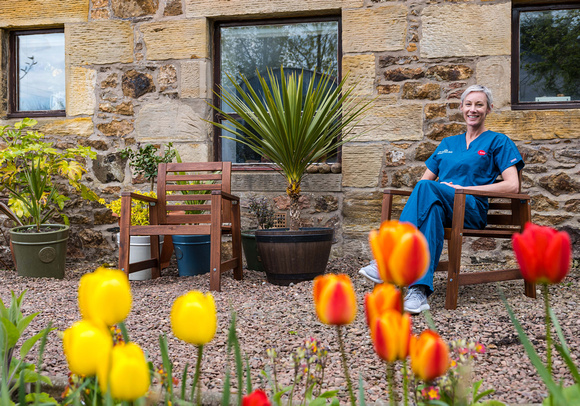 The range of things that have been lent, shared or swapped is just amazing. Many seeds and plants, from courgette seeds to broccoli plants. Those with bigger vegetable patches planted more in order to provide a source for others. Some of us who have never grown vegetables before are trying it out as a result. With only a gravel courtyard, I now have two kalibos cabbages that are growing rapidly in pots. We enjoyed some pak choi grown by a neighbour with a SE Asian dinner my husband cooked. 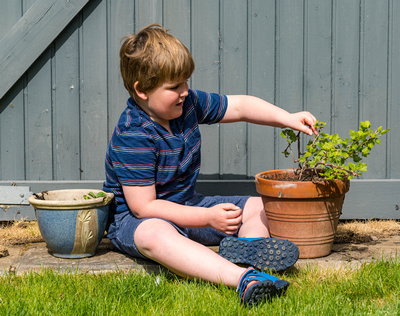 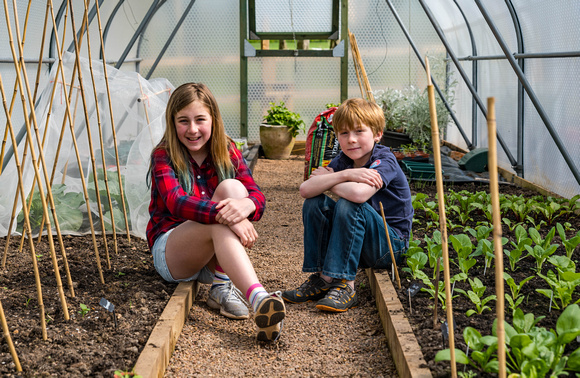 Thomas is growing gooseberries; Georgie and Charlie help out in the polytunnel growing vegetables

An order for a 12.5kg bag of local Maris Piper potatoes was shared with others. Orders for bedding plants, compost and other gardening and DIY supplies such as plywood, were also shared. It was easy to leave things outside another’s house to be collected. Someone else has always had whatever anyone needed including baking paper, yeast, superglue, a jelly mould, paint, paving slabs, and ground coriander. I needed some sealant for a leaky window and was unable to source it online, but after a message to the group I immediately had several offers. Someone else wanted some glass to build a cold frame and I just happened to have some panes taken out of shed windows. 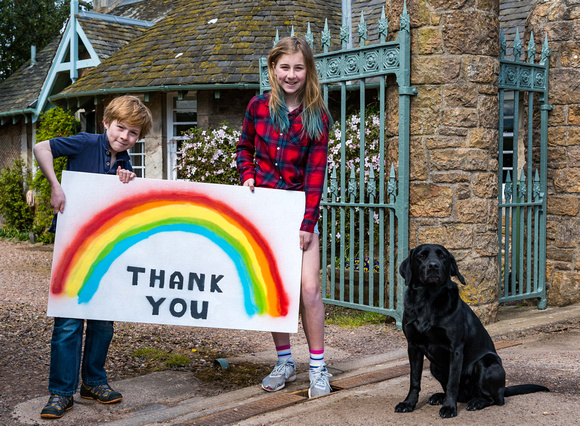 Charlie & Georgie say 'Thank you' to keyworkers along with their Labrador, Mara

Warnings about ticks, plant infestations and rats were sent via WhatsApp. The rat problem appears to be a specific lockdown phenomenon with our Factor reporting a rise in issues across the properties they look after. Noone had ever seen a rat here before but there were numerous sightings over several weeks until we were able to close off one particular run under houses that they were using. Did they come from Haddington since there wasn’t enough for them to eat from closed food businesses there? Who knows, but thankfully they seem to have moved on. 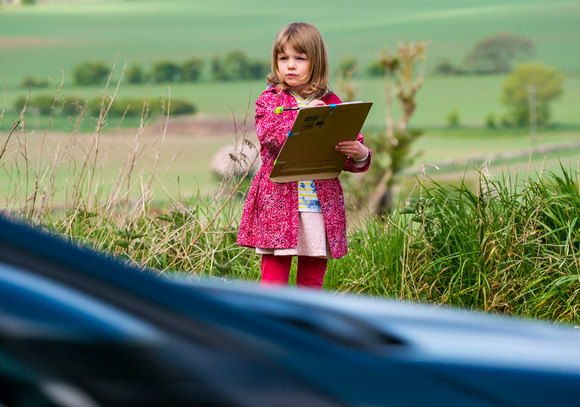 Advice about how to fix a fridge or water supply came in very useful for others. Fraser, furloughed, started painting areas around his house after moving in just before lockdown. He clearly had too much time on his hands as he continued to paint all of the communal walls around the steading, which was a huge improvement and they now shine bright in the sunshine. 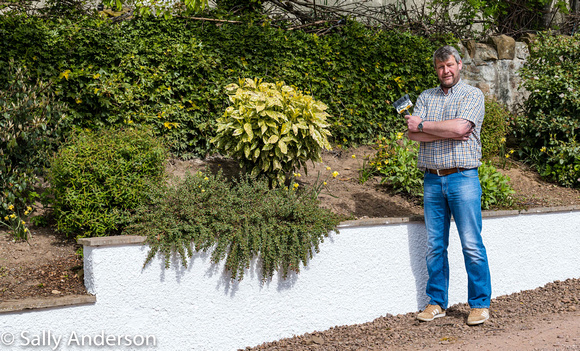 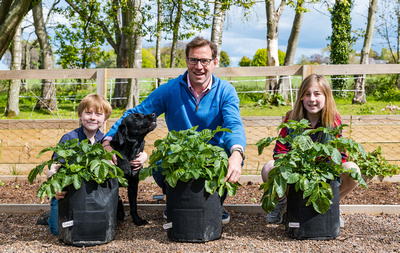 Fraser - master painter; Charlie, Shane & Georgie are competing with each other to grow the best potato plant

One neighbour cut his hand while slicing food; another neighbour is a nurse and was able to offer advice about whether it needed stitching. It did and he was sent off to A & E. 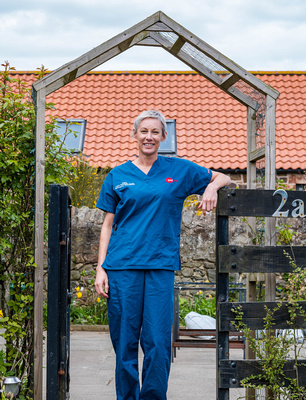 Lisa, a nurse, came to the rescue when a neighbour cut his hand

There are a number of children in the community. A family with an orchard laid out an Easter egg hunt amongst the trees and invited other families to ‘book’ a 20 minute slot to find them. Home schooling has, of course, been their experience, interspersed with time to let off steam on scooters, bikes and trampolines outdoors. 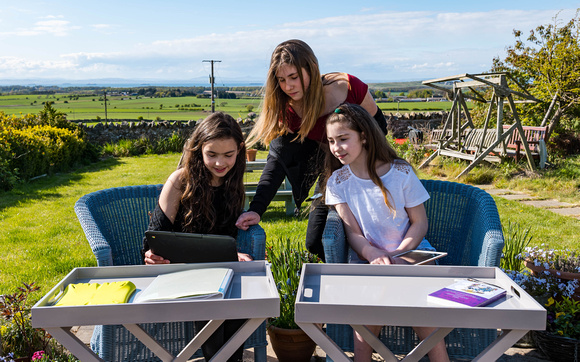 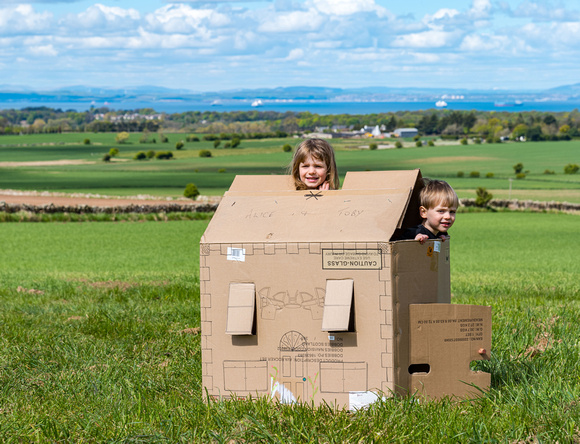 Initially lots of information about local businesses that started home deliveries came in very useful for items that were almost impossible to find elsewhere, such as eggs. The first day that Yester Farm Dairies offered a delivery, there were many takers here. Takeaway food has also provided a break for those who cook, with pizza deliveries and a mobile fish and chip van in the next village in Athelstaneford once a fortnight. 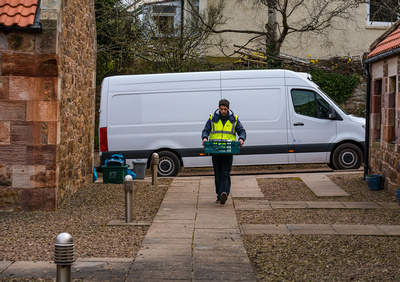 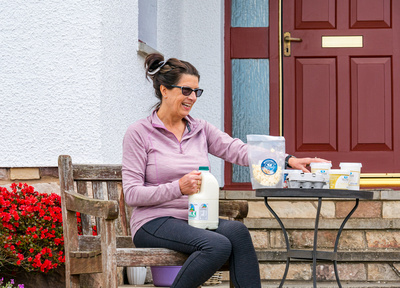 Yester Farm Dairies makes its first home deliveries; Jean is delighted with her delivery of milk, cheese, eggs and yoghurt

When the ‘Beast from the East’ blew in, we were snowbound for 4 days. I saw more of my neighbours in those few days than I would normally have in a few weeks. Likewise, lockdown has had the positive effect of creating much more of a community feel in a location where there isn’t any physical community hub. We have also found out much more about each other’s hidden talents. Two of my neighbours, I discovered, are artists in their spare time. One family has taken up beekeeping. Another spins wool from a neighbour's sheep and makes her own jumpers. Several are keen musicians. Few of my neighbours probably knew that I had changed career a number of years ago to being a photographer. 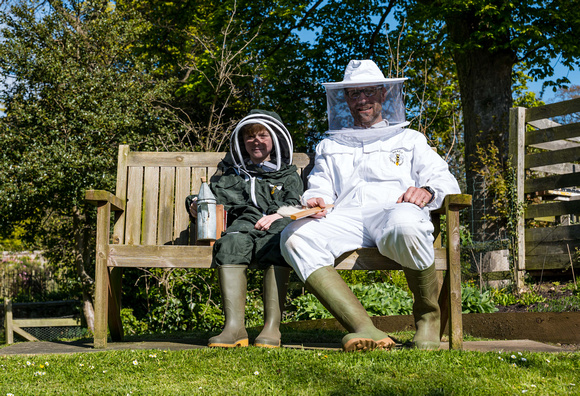 Charlie & Shane in beekeeping outfits; Jancis spins her own wool from a neighbour's sheep 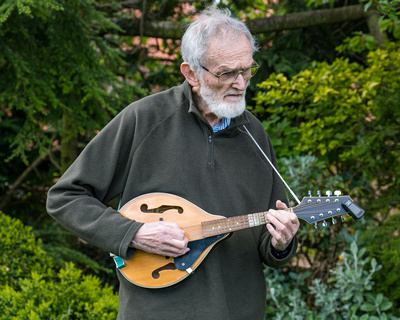 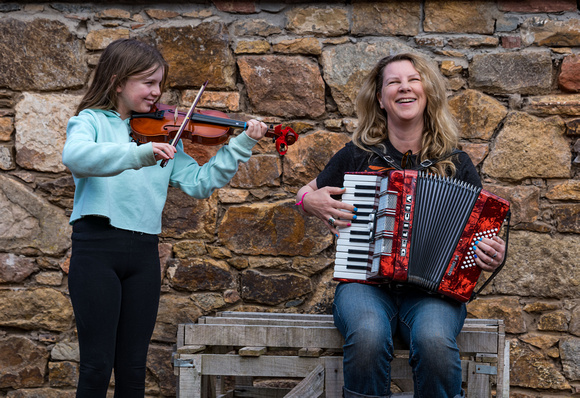 Camptoun in LockdownCamptoun, East Lothian, Scotland, United Kingdom. 2nd May, 2020. A community in lockdown: residents in a small rural community show what life in lockdown is like for them.

Alan plays the mandolin and misses sessions with his band 'The Tone Poets'; Ava & Harley played 'Over the Rainbow' during lockdown

Another couple, one of whom celebrated his 80th birthday in lockdown, put on a fireworks display for the rest of us, which just happened to coincide with one of the most beautiful fiery sunsets we have seen this year. 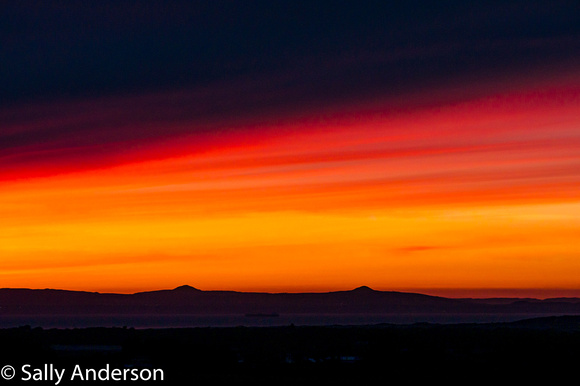 I cannot finish before mentioning one more person who, although he does not live here, is here almost every day and feels like part of our community: our Royal Mail keyworker hero, Johnston Craig. He not only brings our vital post and deliveries, but also good cheer. And he has become a more well-known local figure after taking photos of the rainbow drawings on his rounds that appeared in the local press as well as compiling a video diary for BBC Scotland’s Landward TV programme. 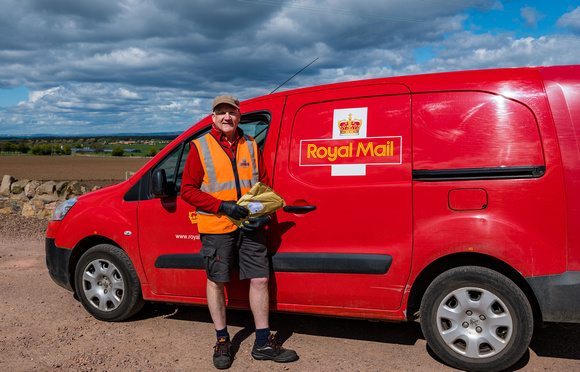 We all recognise that we are very lucky to live here - and the restrictions of lockdown have been much less for us since we have easy access to the outdoors than others. And, of course, East Lothian is a wonderful place to live, anyway. 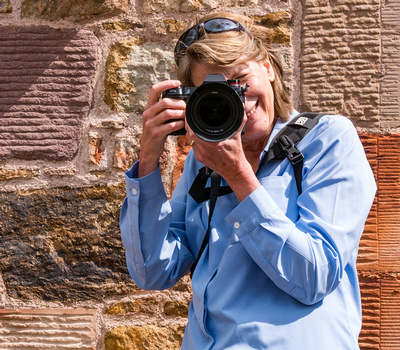 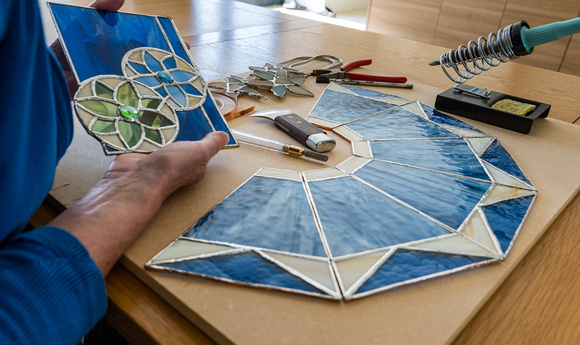 The photographer and one of my other interests during lockdown